What do you know about sex? 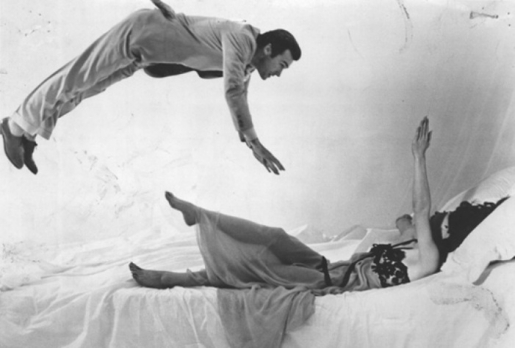 If you don't already know let me tell you the benefits of sex. What others have said about it and of course my two cents. I will also tie it someway into the business world.

This is basic research that anyone looking can easily find. The benefits of sex are similar to exercise. Your immune system functions better, lowers your blood pressure, and can count as exercise. You will feel less pain, improve sleep and lessen stress. Over all emotional well being

This is not a post to explain the history of sex, and the taboo that has plagued society because it reminds us of our animalistic selves as noted by Doctor Heflick, so lets continue.

Men and women are very different when it comes to sex. Men tend to be more sexually active than woman according to Professor Stacey Tesslar Lindau, and Natlaia Gavrilova senior research associate.

Dr Ghosh explains why men are sleepy after sex. He claims that it is similar to taking 2mg of diazepam, a sedative, due to the tension relief men experience after.

What about celibacy? We can argue both sides of the coin here. Having sex has many benefits and draw backs as well. At this point you are saying, but you just told us how good sex is how could there be any draw backs?

Celibacy does not necessarily have to be a religious act or even a cultural one, it is a lifestyle choice. Being celibate you avoid contracting diseases, it creates more 'me' time, it can also be empowering.

Empowerment happens through self-esteem (I find this a fascinating topic of which I will delve into another post). Not having sex you do not preoccupy your brain with worry about pleasing someone else and constantly challenging your self-esteem. Do I look good enough? Do I smell good? Will he or she like me?

Mental illness and sex. Addiction, anxiety, depression, anti social behaviour can be fostered by sexual activity according to the American Psychological Association. Through repeated focus on negative emotions and problems rather than problem solving. Women are more likely to internalize emotions causing depression and anxiety and men are more likely to externalize emotions causing aggressive non compliment behavior.

My two cents on celibacy, people who choose this lifestyle are not missing out on anything if they haven't experienced it. Why? Because when you don't have the experience of something how do you know the difference, you don't.

A friend of mine asked me if a relationship suffers if the couple is not having frequent active sex? Who determines how often having sex with your partner is healthy? It all depends on the couple. If both are satisfied with the amount of sex the couple is having and their mental well being exhibits it than great.

However studies have shown that people who engage in frequent sex and than stop due to externalities such as work, kids, medications, and a host of other activities can harm the relationship. More often than not an individual or both people will be unsatisfied with the relationship.

To answer my friend's question, "Less sex does not equate to less love" it being a mutual transparent acceptance.

Having too much sex, not enough sex, no sex at all, good sex, bad sex. What does this all mean? Being sexually active is great, doing it healthy is even better. Do not fall victim to do what you do not want to do, and  understand your desires and control your behaviour no matter what you engage in. Yes there is a right and wrong on this subject and it is mainly due to what society deems right and wrong.

Finally lets tie sex into the workplace. It is all to common especially more so recently to see active relationships in the work place, sexual harassment and law suits. Since the early 1900's women have been entering the workforce, mostly due to the world wars. I know I said I wouldn't talk about the history of sex but I felt here was necessary to mention it briefly.

Now more predominantly women have become a strong presence in the corporate work place. With this comes the notion of power and stature. So to flip this around, men who felt power and stature often used that against women in lower ranking positions.

With the help of public acceptance women now have become empowered to speak up against these man who abuse their privileges by holding this position in power.

Will it be completely eliminated? We are moving progressively towards that direction through education and knowledge sharing, through law suits and established precedents.

It is not only women who encounter sexual harassment, men do as well. It is less common but it does occur, and I believe we hear about it less by men because men tend to suppress the unwanted feelings due to shame.

We didn't get a chance to talk about sex education in schools which I believe is something that needs to be done in another post to keep this post at a decent length.

Thank you for reading this taboo topic. To be continued....

You can also find this article at Karasingroup.com